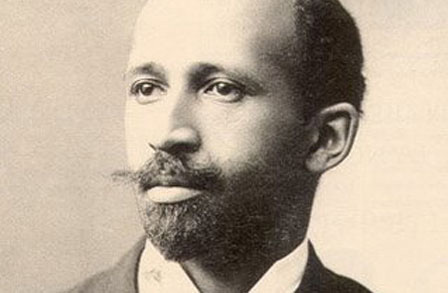 Beyond the very informative sociological commentary on the trials of the African-American soul on the journey to equality in “The Souls of Black Folk”, Mr. Du Bois really elucidates the complexity of attempting to end something like slavery and segregation. Complexity that ultimately doesn’t have as much to do with skin color as it does with the culture that forms as a result.

Culture is a complicated thing–one that’s neat and interests me yet baffles me all the same. It’s a definition of who you are before who you are? Or perhaps it only defines you if you accept it, lest you define yourself by your rejection of it? Maybe it’s just something that exists because we like patterns and certainty–baffling, still.

But, thinking about culture contrasted with the old negro soul at least lets me know why I can feel strangely concerned (cautious?) when talking to many substantially older black folk (and a few still young, occasionally)–the sort outside of the artistic/scientific frame of thought I like to inhabit. The sort naturally looking for belonging, togetherness, and group identity–the sort that are more loyal rather than inquisitive, exploring, and skeptical.

I was moved from the near-ghetto to near-rural suburbs in California, suburbs that were initially nearly devoid of black folk. I was weaned on honors classes and allotted a safe place to live that allowed me time to focus on literature and Sonic the Hedgehog.

I hardly know anything about oppression, not like the sort Du Bois informs me of, not like my grandmother knows it, not like all those old folks know it–just the bits I got in history class, “we shall overcome” really, the “it was bad but now it’s good” stuff.

I think that’s where this careful awareness comes from. I think that’s why I feel so cautious even when writing about it. I’ve occasionally stumbled in conversation with folks more personally linked to all of that, upset them when I glance over it, dance past it, don’t value opportunities only available due to conquering those days–I’m from a very different world (hopefully, one that will become too common to inspire a blog post), and I guess the situation is just as upsetting and confusing to them as it is to me–they wanted me to have a world where none of that stuff concerned me, but ironically, now that they’ve helped me obtain it, they occasionally appear frustrated, if not confused, with the result of it.

Mr. Du Bois connected these dots for me, somewhat touching on this in his book: Chapter XIII: “Of the Coming of John”, the only chapter of fiction in Souls. His “John” graduates from a well-to-do school and visits his people in the south, and finds they’d rather snarl at him and holler about oppression than listen to his education and experience that could provide grounds for the escape they sing of–his little sister the only exception.

“It’ll get better for the next generation” is what he’s saying here, I think. This is a process. It takes time, and it’s probably not going to be high on companionship–wilderness vs. roads, I suppose.

It’s still quite difficult for me to fully understand, but at the very least, I feel absolved of the strange guilt that would haunt me–less heavy, easier to travel forward in my continued studies and art.

If I ever chance upon your grave, Mr. Du Bois, I’ll give you closest thing to a personal “thank you” I can. You’ve made things that much lighter… and you also write beautifully as well!